Soybean Stand Uniformity: Does It Matter? 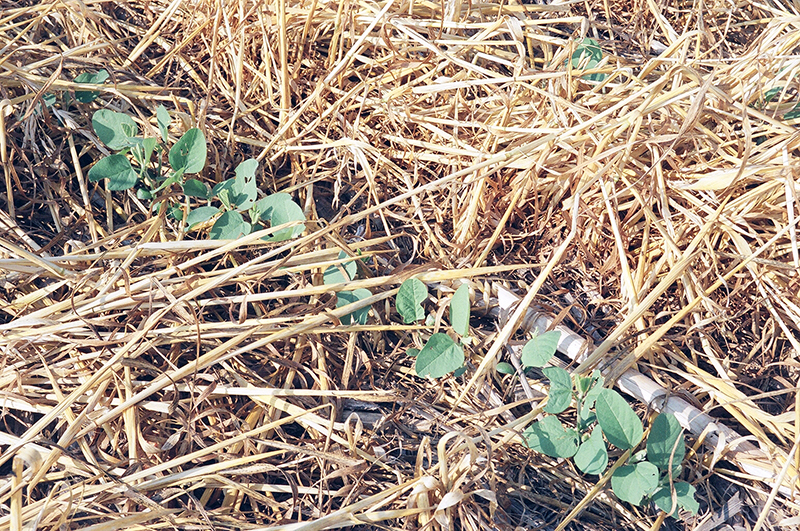 A recent study[i] from Argentina with good methodology attempted to answer if there were any yield effects, and how much they were. The scientists planted replicated plots with a small-plot planter in 20″ rows at higher than desired populations, and hand-thinned them 6 – 8 days after emergence to obtain either uniform or non-uniform spacings. At 1st trifoliate, to create a non-uniform timing of emergence effect within some of those plots, they removed certain plants and placed a seed where the plant was, followed by a small irrigation to ensure they germinated. Over a 3-yr period, at two locations, they used early and late planting dates, and two different maturity groups of soybeans, as well as two populations. An extremely thorough study!

What they found was ~6% yield loss from spatial non-uniformity (average plant spacing across all treatments was 8.2″, w/ standard deviation of uniform at 4.7, but 9.0 on non-uniform), and ~8% yield loss from non-uniform timing of emergence (note that not having half the plants germinate until the others were already 1sttrifoliate is a fairly large timing difference). The Group IV variety was less sensitive to non-uniformity than the Group III, unsurprisingly (shorter maturity = less time for branching to fill in gaps; also, their Gp III variety had low branching capability, whereas their Gp IV had high branching ability). Higher plant populations didn’t overcome the yield loss from non-uniform timing of emergence. 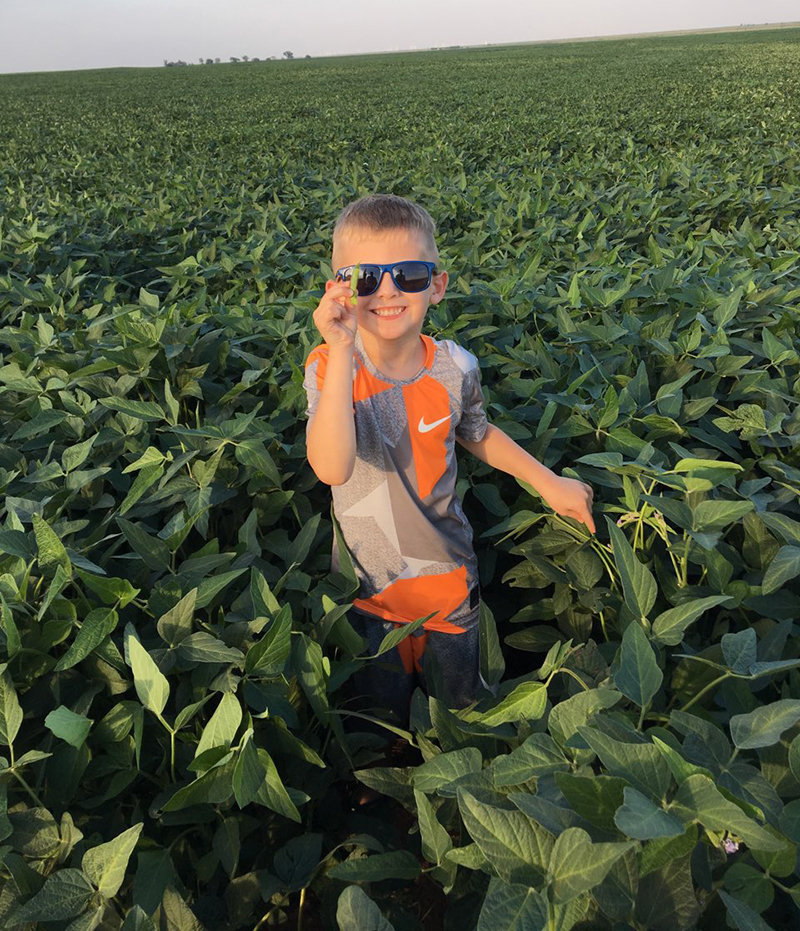 How economically advantageous it is to try to eliminate these yield losses depends, of course, on the cost of doing a better job with planting. To the extent this is simply more attention to detail in adjusting the planter or drill for the field conditions, the costs are fairly minimal—and usually pay large dividends. If the planter or drill is also used for other crops, many of which (corn, cotton, sunflowers) are far more sensitive to non-uniformity, then that must be factored in when upgrading equipment (including attachments). In general, assuming you cover any significant acres with a piece of seeding equipment, many well-chosen upgrades can provide a handsome ROI. (Note also that there are other costs incurred with non-uniform stands, including greater weed emergence, non-uniform ripening, etc.)

Where this often becomes a conundrum is for farmers who have other reasons to own both a planter and a drill—which one to use? In the Corn Belt, there has been a strong migration towards split-row planters for soybeans, although drills haven’t completely gone away in this region (especially if used for soft red winter wheat, or cover crops). Is it okay to use the drill to help out with soybean crop installation, if tractors and labor are available? The answer depends partly on what drill design we’re talking about—something like a JD 50/60/90 or Case PD-500 drill with some upgrades can do a fairly good job on soybeans in no-till, although will never quite equal the precise placement of a planter, especially when soils become dry and loose (as for in-row spacing variability with a drill, it ain’t pretty). However, farmers who use both, sometimes in the same field at the same time, report little to no difference in yields (sometimes this is due to the drill being on narrower row spacing than the planter, which overcomes some of the erratic spacing). What I do hear a lot, is that seed costs/acre are more with the drill than a split-row planter to obtain a decent stand—although some of this comes down to how well the drill is maintained, and if any components have been upgraded with well-chosen aftermarket parts. Furthermore, some of this is also perception, since there’s a tendency to overpopulate soybeans anyway, and they look so much thinner when in narrow rows with a drill. (However, I also hear the air drill owners saying how much more they get done in a day, versus split-row planters—even with central-fill. And the JD drills are certainly more robust than planters.)

Row spacing is also important, especially for Canada & the northern-tier states of USA: 15-inch may be too wide to capture all the yield potential. This usually means going to 7.5- or 10-inch drills for soybeans.

As for using 30-inch planters, I think the evidence is pretty solid that these are too wide for soybeans—not only giving up yield, but also making for too many late-season weed escapes.

South and/or west of the Corn Belt, where cool-season cereals (wheat, etc) are a significant part of the cropping mix, usually the farmers have far greater drill width than planter width available (or maybe no planter at all), and so again it becomes a matter of choosing a good drill model for precise placement, and doing the maintenance and upgrades to get the most out of it. It is in these areas where it becomes a question of whether a planter with less than 30-inch spacing is worth owning for soybeans—to gain whatever % of yield potential that’s being left on the table by imprecise drills (even after you add-on all the goodies to a JD 50/60/90 or Case P-500). This % yield loss is likely a bit less than the 14% cumulative effect shown by the Argentina study, if for no other reason than we usually don’t have half the soybeans germinating when the other half is 1sttrifoliate (unless you simply weren’t getting half the seeds to moisture and needed a rain to sort it out—this is very atypical for attentive operators). On the other hand, we do almost always have a small % emerging late, and our spatial distribution might be even worse than in the Argentine study (especially at the low seeding rates we use in central Kansas and Oklahoma, and going over our speed bumps, a.k.a. terraces). Also, there is some evidence that poor spatial distribution has a greater % effect in dry years, probably because the plants don’t branch as much. (It may also be more competition for resources when dry; Paul Jasa, UNL, has found that non-uniform timing of emergence for corn results in much greater yield loss in droughty years.) 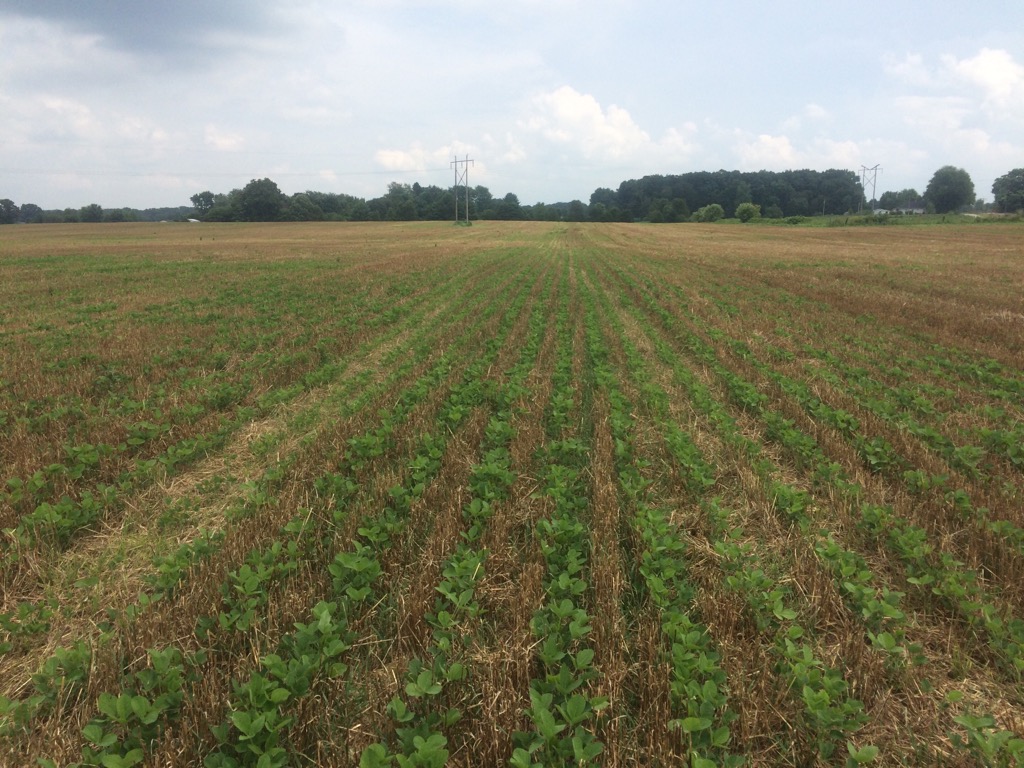 Soybeans double-cropped after wheat harvest, put in with a single-rank (15-inch) JD 1990 CCS equipped with UniForce.

One of the issues with using split-row planters in central KS or other parts of southern USA is that you often can’t get enough downforce due to lack of frame weight—and, on Deere’s splitter planters, there’s really not much of anyplace to add significant amounts of weight—at least not without some serious engineering involved. (Note that automatic hydraulic downforce helps this somewhat, as it wastes less of the frame weight by applying too much downforce to rows that don’t need it; however, there are still going to be times it simply doesn’t have enough). South of I-80, there’s also a bit of concern (erosion) as to how much stubble and stalks are being trampled by all those gauge wheels, although it’s not an issue if cover-crop rye is used ahead of the beans (some drier regions can’t do this). Assuming these things don’t dissuade you, there may be opportunity to spread the cost of a split-row planter over additional crops on your farm, such as milo (grain sorghum), dry beans, etc., assuming that narrowing up the rows doesn’t result in seeds being farther apart in the row (on average) than the distance between the rows.

While the Argentine study does confirm what we’ve kinda known (albeit very imprecisely)—that soybeans are more forgiving than some other crops—it does show that it’s worth trying to do better for this crop also. (Especially given the price of soybean seed! Can you do a better job with seed placement, and pare back your seeding rates?) Whatever you’re using for soybean seed installation, Exapta can help you get the most from it—see our DVDs No-Till Seeding Explained and No-Till Seeding School in particular.