The Matt Hagny No-Till Scholarship Foundation awards an individual each spring with funds to aid in an opportunity to travel and research a topic related to non-tillage farming.

Our mission is to provide experiences, learning and education for students interested in traveling to further their education about no-till farming practices.

We see the world as bigger than us. We seek to follow Matt Hagny’s example, as he was a life-long learner, and a challenger of majority thinking, processes and practices. We strive to assist others on their journey of learning and growing. We recognize the value found in the combination of travel and study.

Congratulations to Jeremy Bunch, winner of the 2021 Scholarship. Jeremy approached us about exploring practices within a diverse low-disturbance no-till cropping system that control weed seed banks and weeds, particularly for the application of controlling annual grass weeds that have shown broad levels of herbicide resistance. Check out his findings in the video!

All donations go directly to the Matt Hagny No-Till Scholarship Foundation in order to award an individual each year with funds to aid in an opportunity to travel and research a topic related to non-tillage farming. Click the donate button below to make a donation online, or mail your check to Greater Salina Community Foundation P.O. Box 2876, Salina, KS 67402-2876. Be sure to note on the check that it’s for the Matt Hagny No-Till Scholarship and they’ll take care of the rest!

A report must be submitted at the end of study which will be presented on the foundation’s website and must include photos and a 2-3 minute video summarizing the experience.

The Matt Hagny No-Till Scholarship Foundation, together with a matching donation from Exapta Solutions, Inc. will award a scholar with $1,000 in order to cover travel and expenses related to the study. 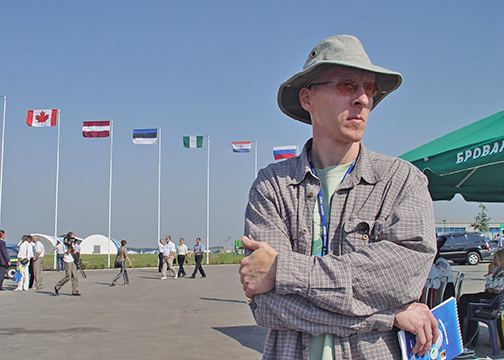 “Matt Hagny lead us on our path to successful no-till systems. I have very fond memories of Matt arriving at the Agro-Soyuz Agribusiness headquarters, in the village of Majske, Ukraine with an AVEC opener in tow. Matt’s expressed intent was to provide a hands-on opportunity for farmers in the steppes of Ukraine to see for themselves the results of a low soil disturbance seeding tool.” 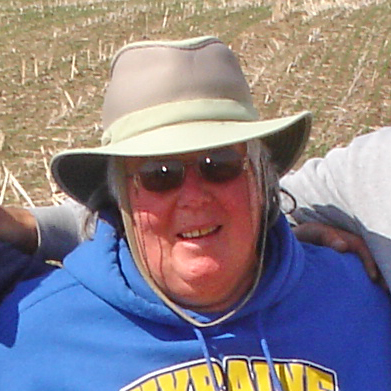 Why we combined No-till and Travel.

Matt Hagny’s career and success is tied closely to no-till farming and his early connections with Dwayne Beck of Dakota Lakes Research Farm, along with his friendship with Keith and Ben Thompson and their trips abroad to study no-till.

Though Matt never worked for Dwayne or studied under him in an official capacity, it’s clear Dwayne’s mentorship of Matt was invaluable.

In Matt’s own words, “My college housemate, Jim told me to go listen to Dwayne Beck at a little presentation he was doing on the SDSU campus (circa ’88 or ’89). I did. What an eye-opener, like a young kitten learning to see and finding ‘a different perspective’ everywhere it looked. I was a shy farm kid, but the group was so tiny (maybe 5 or 6 attendees) that I was able to talk quite a bit with him at the end, and he gave me some ideas on how to try no-till corn on my dad’s farm, and told me about a neighbor of mine who was experimenting with no-till, unbeknownst to me. Dwayne also invited me to look him up at the new research farm (Dakota Lakes) he was setting up near Pierre, SD, which I did that spring. He seemed to know so many things; I could listen to him for hours.”

Matt talked to Beck any chance he could, and often phoned him. There weren’t any no-till meetings or conferences in those days. Even Dakota Lakes’ annual farm tour was around 25 people, total. It now draws several hundred people.

The Thompson and Travel Connection

Matt Hagny’s friendship and partnerships with Keith and Ben Thompson (the ‘Thompson’ of Exapta’s Thompson spoked closing wheel) who farm near Osage City, KS (south of Topeka), and loved tinkering with equipment.

“Our friendship with Matt Hagny began in 1995, on the first bus trip sponsored by No-till on the Plains. We have made many memories with Matt going to field days, on trips abroad to study no-till ideas. In 2002, we joined forces with Exapta, because our ideas and thoughts were aligned with Matt’s.” commented Keith Thompson. “Over the years we have worked alongside Matt to make Exapta the leader in No-till seeding, fulfilling the objective of providing top-notch products and solutions. We are committed to keeping those ideals in place and progressing no-till techniques for the next generation of farmers.”

In addition to seeing what was available in North America in the ’90s & 2000s, Matt also traveled overseas—either on his own dime, or as a hired consultant or speaker on no-till agronomy.

“I usually insisted on seeing the gamut of the seeding equipment, whether I was in Australia or Argentina, Ukraine or Mexico. Friends from all over the world sent me photos and discussions of how their no-till seeding tools were working. Although local customs and seeding equipment looked utterly unique in those places, there were far more commonalities (than differences).”

All donations go directly to the Matt Hagny No-Till Scholarship Foundation in order to award an individual each year with funds to aid in an opportunity to travel and research a topic related to non-tillage farming.