An oft-discussed topic is the repair of the boot attachment holes to minimize the up/down slop (which is important for seed placement). But it’s crucial that this slop be addressed in a way that doesn’t cause plugging. 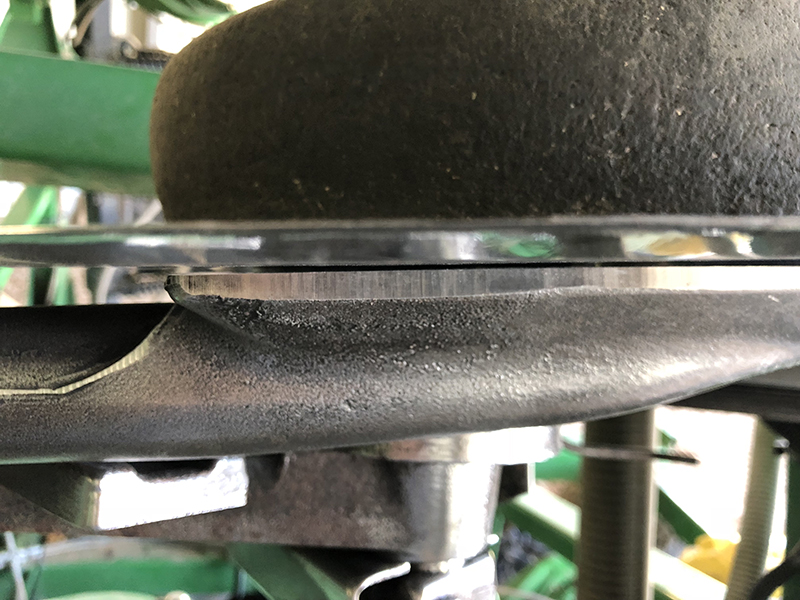 Even the smallest gap between boot and blade can and will cause plugging.

One simple method that’s often touted (including by us) is to replace the OEM bolt with a larger metric bolt. However, if the holes haven’t worn enough in the ears on the opener shank/arm, this can result in the boot being held away from the blade slightly at the upper/forward end. This will result in plugging.

Any other repair method that results in a gap there (even if a mere 1/16″) will also cause plugging. For instance, if you drill out the holes and don’t use a jig (or if the jig isn’t spot-on), it does the same thing.  Similarly, the Pro-Stitch jacker-bolt system can also pull the boot away from the blade. Also, inferior quality seed boots will not set up flush against the blade. 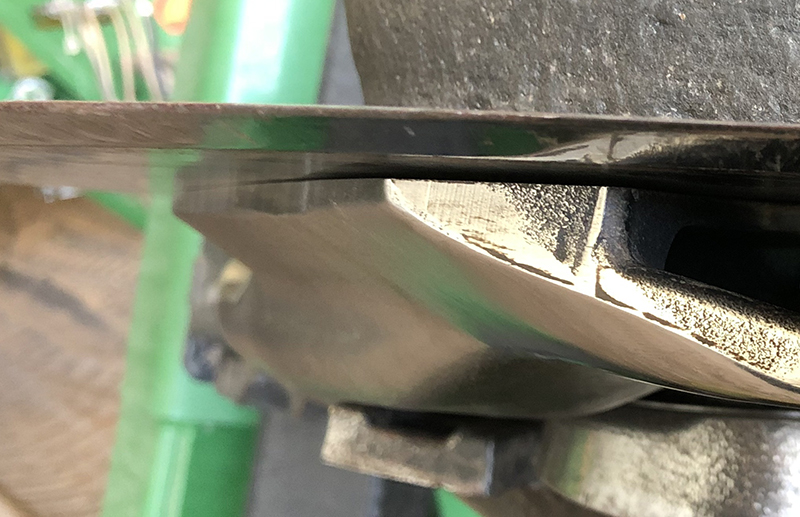 This boot has perfect alignment—it sets up flush on the upper 80% of where it should be contacting the blade. The gap at the lower end is from wear from blade flex in hard conditions, and doesn’t create any issues.

So, if you’ve up-sized the bolts and have this gap, you’ll need to do some reaming of the holes to get the boot to set up flush against the blade at the upper end (don’t worry about the lower couple inches of the boot—this area often wears in a slight arc anyway due to blade flex). Or do a little grinding in certain areas of the bolt to give it a wee bit more leeway for the boot to set up flush. 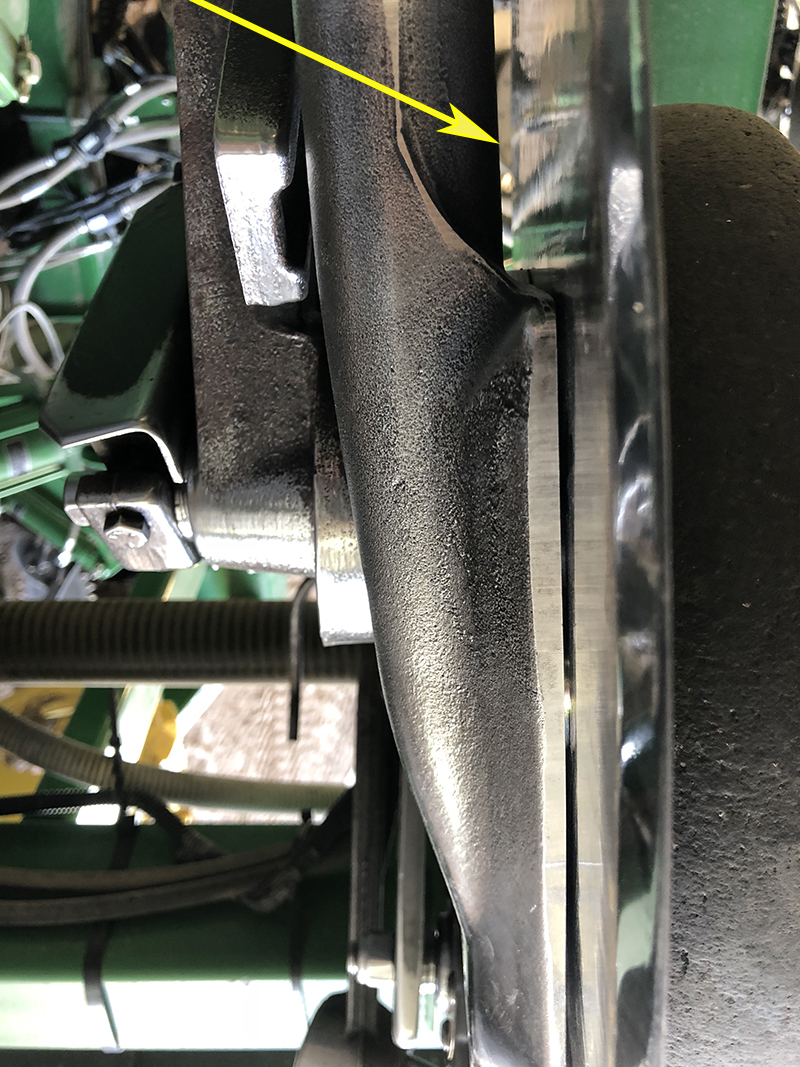 Straw is gathered by the slot (arrow in pic points to this), which can act as a funnel if there’s any gap in the area where the boot should be setting up flush against the blade such as in this pic.