Cover Crops: It’s Not Too Late!! 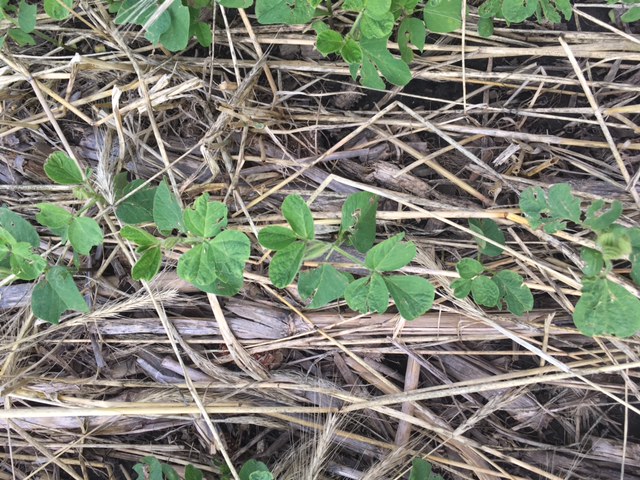 For most of the readership in North America, it’s not too late to establish cereal rye (or triticale). Cereal rye ahead of soybeans is almost a no-brainer. Except in the driest fringes of soybean country (like Hays, KS), it rarely causes yield loss in the soybeans. Often, it provides mild yield gains (because of better moisture-holding late-season, and sometimes better plantability in a wet spring). It undoubtedly suppresses weeds – both marestail as well as summer weeds such as Palmer and waterhemp. Some people have found it eliminates one in-crop herbicide pass postemerge in the beans. 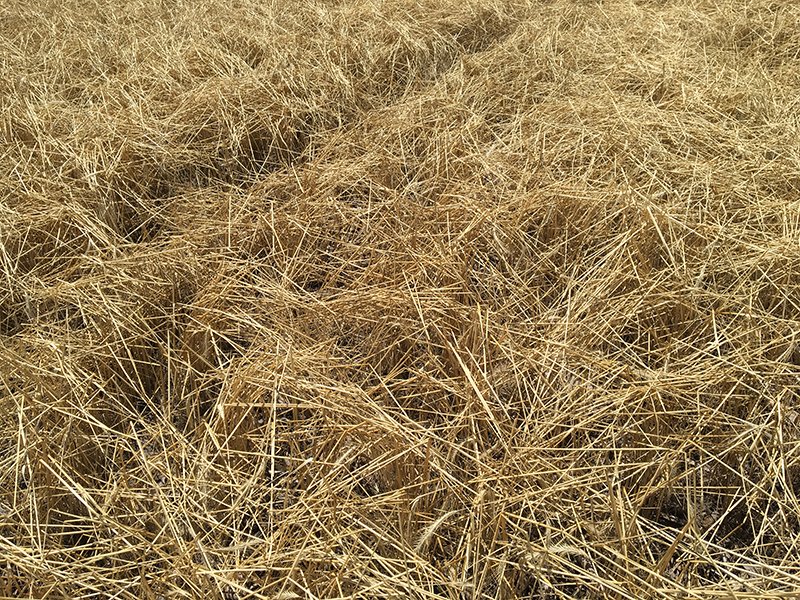 Killed cereal rye in central KS. Soybeans were drilled here. We like to have this much biomass from the rye in Kansas, because of erosion concerns and needing to hold moisture late in the season. In the Corn Belt, this is probably too much biomass if killing the rye ahead of soybean planting.

You do need to manage the cereal rye to get the ‘proper’ amount of growth. You can do this with termination date, as well as seeding density and amount of N supplied. If you’re in the Deep South (USA) and still have lots of tillering potential, you’d seed at the lower end of the rate (20 lbs of rye seed), and if you’re out of time and barely going to get the rye emerged this fall, then the higher end (50 – 60 lbs). Of course, also look at live seeds per lb.; these are just very rough examples. Those who kill the rye well before soybean planting may want thinner stands of rye, since it can be slow to dry out once the rye is killed (assuming it rains), and this would be especially true in regions that have a short window in which to plant their beans for optimum yield (in Kansas or Oklahoma, we just wait). Killing the rye early may also be important if you use soil residuals such as sulfentrazone (which you probably should be doing, if you have resistant kochia, Palmers, waterhemp) which is safest for the soybeans if the sulfentrazone gets rained into the soil before soybean planting. Also, you don’t want some of the sulfentrazone being taken up by the living rye and degraded – you want it all to wash off the dead plants and onto the soil. 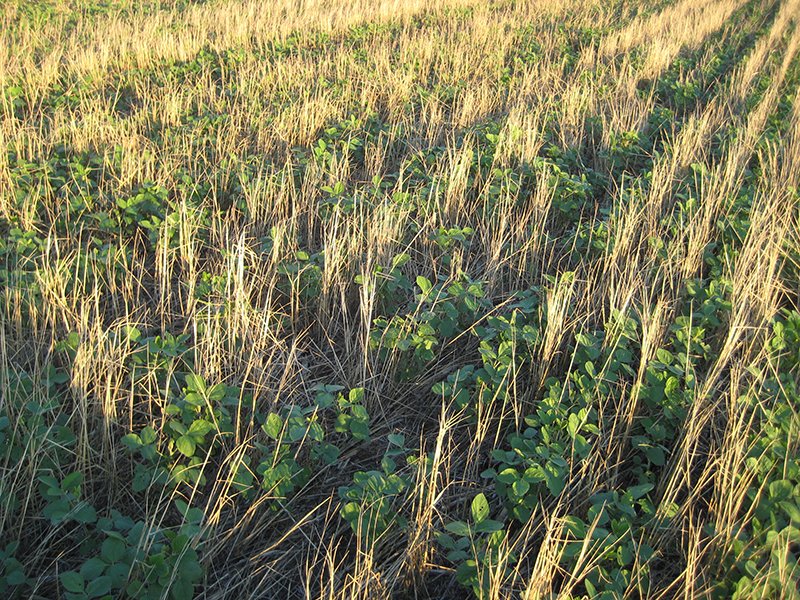 If the corn crop (or whatever you’re seeding the cereal rye into) was N-starved, you’ll want to apply some N to get a decent amount of growth on the rye. If the rye doesn’t get a decent amount of growth, there’s no point in planting it. However, much of the time, there’s enough leftover N from the corn. It all depends on how much time you have for the rye to grow, and how much growth you want out of it. If you’re “planting green” (seeding soybeans directly into the still-living cover crop), you can handle far more growth on the rye because there’s less concern about it being too wet under the mat of rye to get the planting done. However, even with killing the rye at planting, if it’s extremely heavy mulch, it can keep the soil so wet in a rainy spell that the seedling soybeans don’t do well (and may even die off). This is unusual, however, since the rye at that stage has usually dried the soil out to 5 or 6 feet, and there’s room to store a lot of water before it becomes saturated.

There’s an advantage to mixing other species in with the rye if you have enough time for them to establish. Examples are vetch, brassicas, clovers. 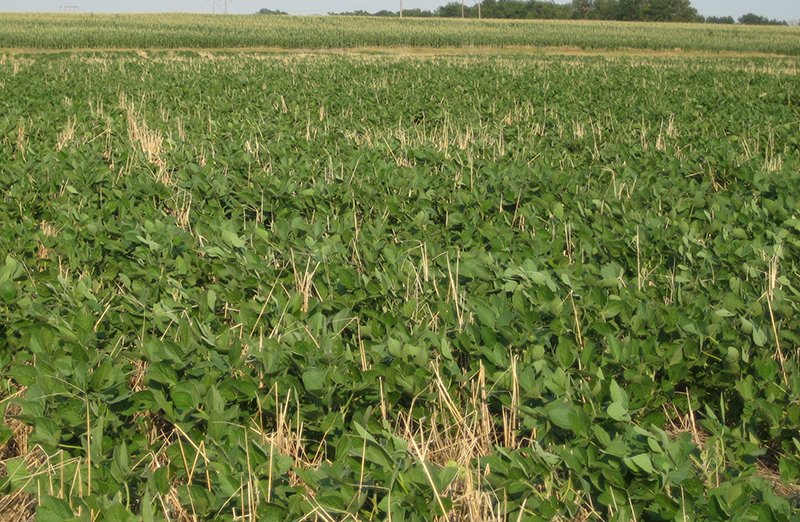 There are winter covers that can be grown ahead of corn (or milo). Usually we prefer broadleaf species (vetch, brassicas, clovers) rather than small grains (cereals) such as rye, partly because rye can be allelopathic to corn and milo, and also because the grasses tie up a lot of N and other nutrients. Most of these need to be seeded earlier than cereal rye, so you’re about out of time for this year except in the Deep South. Ryegrass also works for some people, but getting it killed requires some special tricks, and even depends on what species you plant—more detail than I want to cover here (most of us in wheat-growing regions consider ryegrass to be a weed). 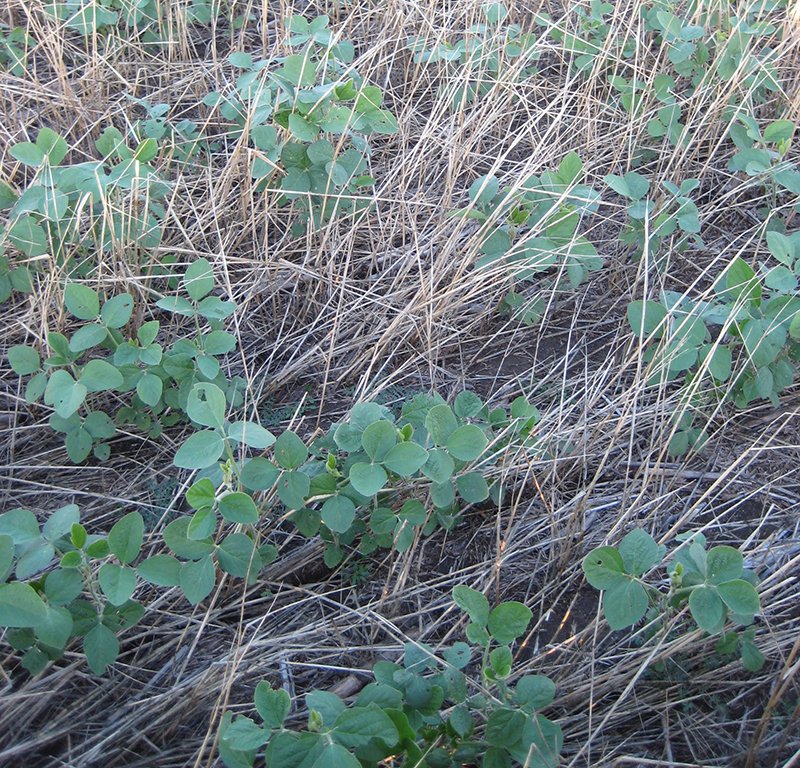 Done correctly, there’s a lot to be gained from adding cover crops to your no-till program. The rate of soil OM accumulation is vastly accelerated, erosion better controlled, and you may also have direct economic benefits in the cash crops in the short-term from weed suppression, fewer insect and disease problems, and small yield gains. This is certainly what Rulons of Indiana have shown, as well as a great many others. Some of my clients in central Kansas are having great success with cereal rye ahead of soybeans, and have been doing it for 5 yrs or more. There’s no other way to adequately control erosion—it’s become standard practice to do the cereal rye on every acre going to soybeans, every year. I just can’t imagine no-tilling in the Corn Belt without cover crops. It’s that good.

We at Exapta are wishing you a safe harvest, and good crops – this year, and next!