Shelbournes: ﻿The Value of Tall Stubble 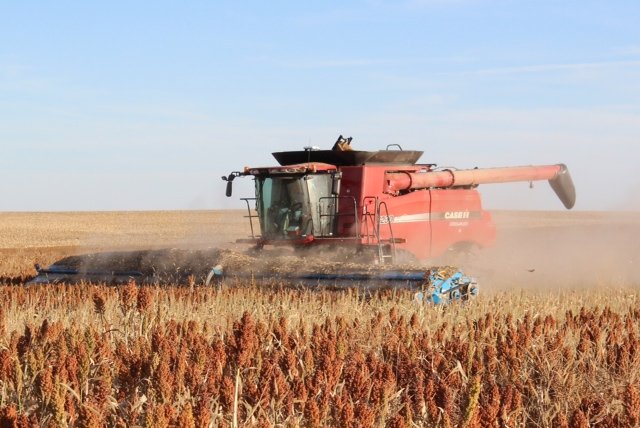 One way to solve straw distribution behind the combine is to never run it thru the machine!

by Matt Hagny, freelance agronomic consultant for no-till since ’94; founder & president of Exapta Solutions since ’99.

Some no-tillers who grow a fair number of acres of small grains have been using Shelbournes (or the old AGCO stripper heads) for 20 yrs already. It’s time for the rest of you to catch up. 😀
In northwest Kansas, the value of the Shelbourne-harvested stubble vs sickle-cut is a 7 bu/a yield gain in the following corn crop, according to Dietrich Kastens’ multi-year analysis. Dietrich comments, “Big benefits were seen with less rainfall and/or thinner wheat stubble. Less benefit was shown in wetter conditions, and/or with higher density wheat stubble, however this was probably a function of us not having enough corn plants out there to fully capitalize on the excess  water. Probably the biggest plus (not easily measured in dollars) is the ability to run in wet/muddy conditions. This year [2017] was a great example of that, in that we were planting weeks before everyone else (using Thompson closing wheels with toe-out wedges to handle the wet conditions). We were so wet in May, that if the planter stopped everything would immediately sink in to the ground 2-3”. However, our tires and gauge wheels never had to run on the soil as a thick layer of heavy stripper-harvested stubble was on the soil surface. This allowed us to run all the way to the point where we could not close the slot (had to stop then).” 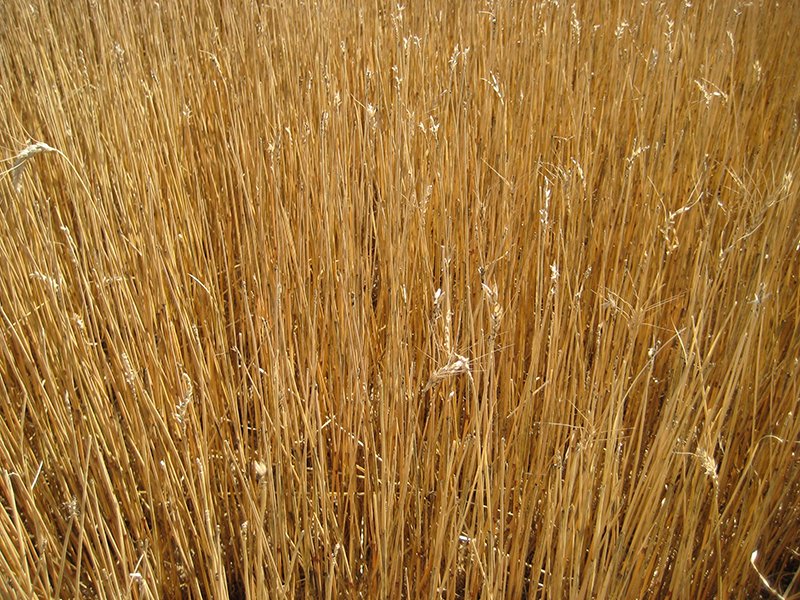 Stripper-harvested stubble is such a joy to plant into (assuming you’re there before it blows into piles). No hairpinning. No gobs of straw in the combine tracks. 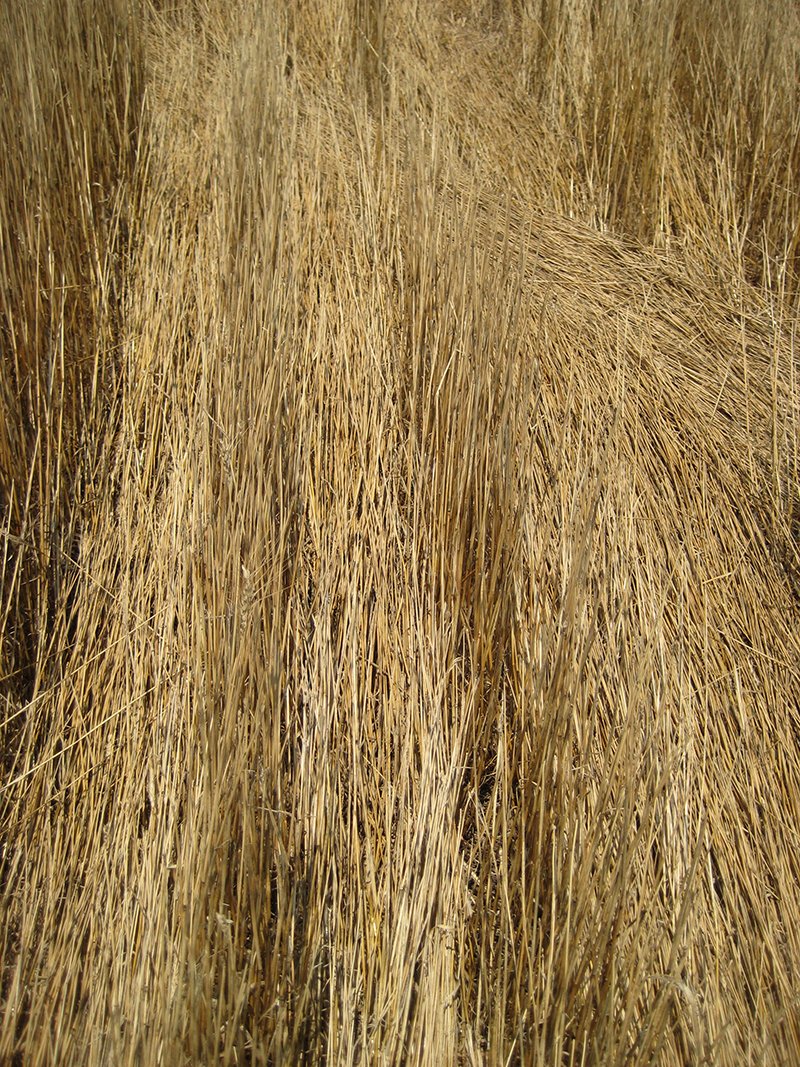 When all the stubble is standing, the openers simply lay it over in the direction they’re going, so none of it needs to be cut — and there’s no short pieces of straw to fall into the furrow.
Even more favorable results were found at the ARS research station at Akron, CO. In 2003 & ’04, the only years for which they had corn planted following sickle vs stripper-harvested stubble, they gained an average of 14 bu/a with the stripper head! And in an 8-yr study of a wheat >>milo >>proso millet >>summerfallow rotation, they had +9 bu/a for the milo in the stripper-harvested wheat stubble vs sickle-cut. Interestingly, they used a stripper head for all 3 crops in half the subplots for this study (stripper heads work great for proso, but are hit-and-miss for milo — depends on the circumstances as to how well it works), and found that in the last 4 yrs of the study, wheat yields jumped 8 bu/a in the subplots that were always harvested with a stripper head. So, preserving the stubble of all these crops is like pulling yourself up by your own bootstraps over time! 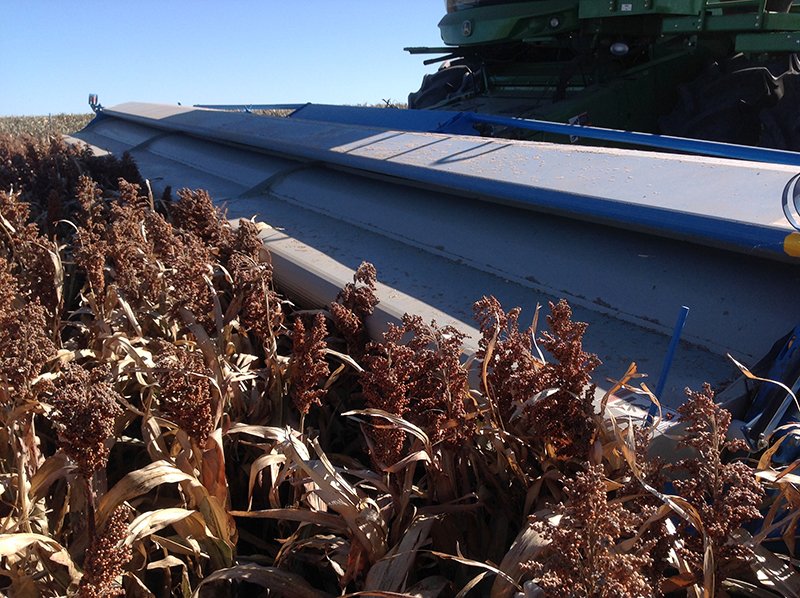 The results aren’t completely unexpected in that part of the world, where every bit of extra moisture storage is an advantage most years (the taller stubble not only cuts wind speed and evaporation, but does a better job of shading the soil; it also decomposes more slowly; there may be other benefits as well such as elevating CO2 for the seedlings). But we also see big benefits in areas that double-crop (i.e., planting another crop immediately after wheat harvest, which will make it to maturity yet that fall). And it’s really nice for cover crops too. It’s so much easier to seed the following crop when all that stubble is standing rather than lying on the soil surface – you can completely eliminate hairpinning.

Indeed, there are many dozens of the most advanced no-tillers from Texas to Alberta who are using stripper heads, as well as in some of the eastern wheat-growing regions (Kentucky). Shelbournes have also gained quite a following in Australia. There are just soooo many advantages. 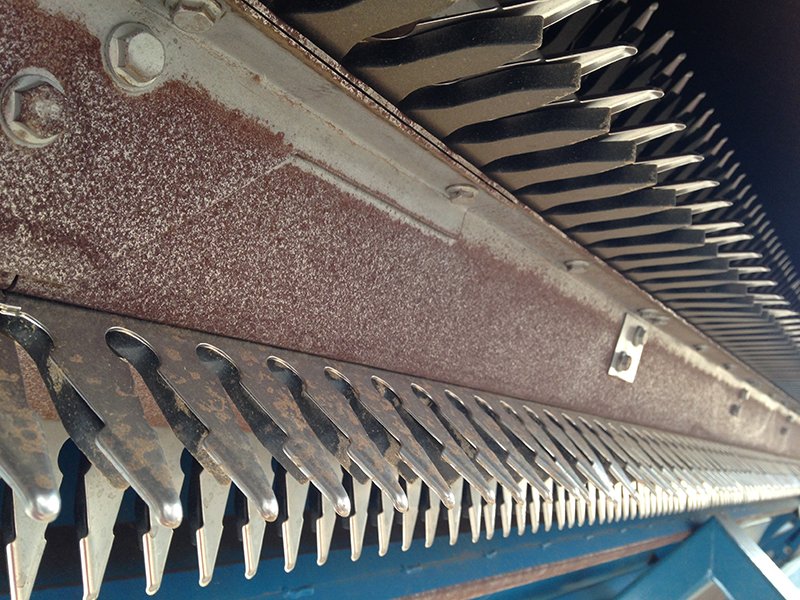 In the low-humidity parts of the world, it works well to flip half the teeth (combs) over so it does less stubble damage. You want the stem to remain intact. In extremely low-humidity at harvest, such as Australia, flipping all of the teeth over is the preferred method. No additional grain loss occurs from doing this, although the Shelbourne people are very skeptical.

Now, if you have a significant fallow period between wheat harvest and planting the following crop, you do need to be careful that the stubble doesn’t rot off at the soil surface and drift into piles – but usually that is a sign that something should’ve been grown during that time period, even if just a cover crop. (Some areas that can’t do double-cropping or cover-cropping without hurting the following cash crop are just going to be at risk of straw drifting into piles if they hit a wetter year with more decomposition; Shelbournes may not be ideal in these areas.) Occasionally, prevention of crown rot in the wheat, or choosing varieties with better straw strength will prevent the drifting into piles. There also seems to be some enhancement of straw durability if fungicides are applied at flag leaf for disease control. 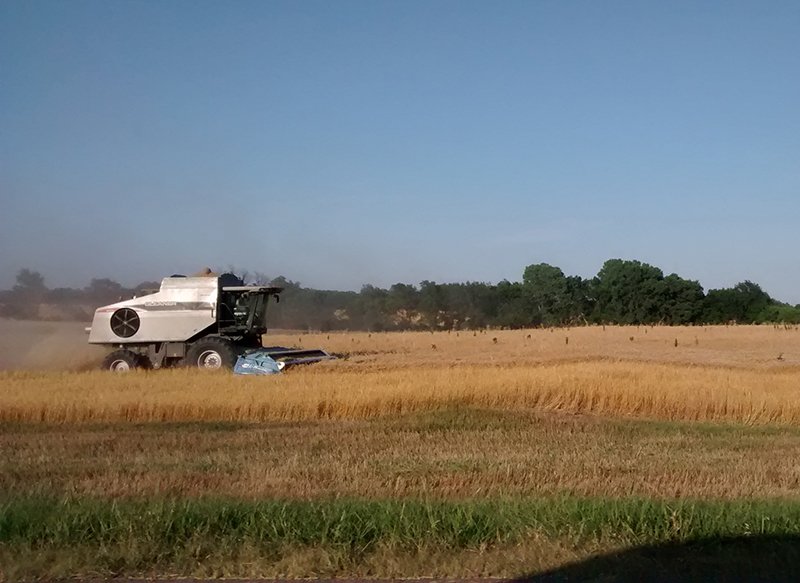 Stripper heads really increase the capacity of smaller combines, and are a wonderful solution for Gleaner rotors that have so much trouble spreading straw.

Shattering from a Shelbourne? Yeah, sure, it happens. But it can be minimized (often truly negligible) with adjustments, as well as harvesting at higher moisture and natural-air drying, if possible, and variety selection (avoiding anything susceptible to shattering). Many no-tillers view the shatter loss as merely a cost of A) increasing yield in the following crops due to more durable mulch and taller stubble, B) increasing yield in the following crop due to a better seedbed (less hairpinning), C) harvest efficiency (you get as much or more done in a day with a 28-ft Shelbourne versus a 40-ft draper, and burn less diesel doing it, with a lot less wear on the combine, and no worry of spreading all the straw that goes thru the combine — which gets to be a bigger problem as sickle heads get wider, especially in strong winds).

Get the jump on great stand establishment with more attention to harvest details — keep the stubble standing! Best wishes this holiday season, from your friends at Exapta.